What should I Bring to Mediation? 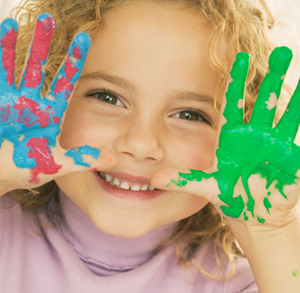 You are probably expecting to be given a list of items like tax returns, wedding certificates, a copy of your credit card bills, and yes, documentation of all your assets, marital and otherwise, so that you can sit and haggle-out an amenable agreement with your soon to be, ex-spouse even though you’d rather not have to.
But, the most important item to bring with you is not material, it’s your optimism. Your ability to imagine a better future, for yourself, for your child. if you are lucky enough to have one or two, and even for your spouse.

Look to the future
You have to look into the future and see yourself where you want to be five, ten, twenty years from now.  A recent article in Time Magazine reported that Steve Jobs liked to quote Wayne Gretzky:
“You don’t skate to where the puck is; you skate to where it’s going to be.”
Jobs didn’t focus on the past or even what was happening in his industry now. He was a visionary who focused on the future.
As much as your mediation is taking place in the present, and it feels like it’s all about what you are losing and giving up, it is really about planning for your future and making that future the best it can be. There are a lot of things you will want in that future and a lot of things you will not want. Make a list.
At the risk of sounding overly optimistic, leave you anger and bitterness outside of the mediation room.  Bitterness poisons the well, not the other person.  Let go of your anger and bring all your ability to envision a better future.
Put your children first by seeing them in the future surrounded by those they love.  And, yes, that includes your ex.  Don’t let your children feel pulled apart like the baby in King Solomon’s court.  Be the parent willing to let go for the sake of your children.
It Can Work
Yesterday there was a lovely couple in my office and they were suffering terribly. Each was afraid that they would be losing their children through the separation. The mom wanted sole physical custody; the father wanted joint custody because he was “equally their parent.” He was desperate and kept saying, “I am not going to take your children away. I would never do that. I always defer to you when it comes to the kids, you know that. I just want to be recognized as their parent.”
The Mom’s response was that he had already taken the kids away because they would not be with her everyday. She would not be putting them to bed each night or waking up with them every morning. Both got angry; both cried. We were at a stand still.
I asked them to describe what custody meant. They had already agreed on a flexible schedule in which the mom would have four days with the kids and the dad would have three. They were fine in working with each other on a weekly basis to adapt to each parent’s demanding, erratic work schedule. The mom just wanted sole physical custody and the dad couldn’t see himself agreeing to be less a parent on paper than he wanted to be in real life.
As they began to speak about other items: the future that might even include each of them remarrying, the dad brought up the fact that the children might even have a step-dad that they loved and in the unlikely event of both parents dying maybe that step-dad or a step-mom should be the custodian of the children.
As they looked toward the future, I saw them begin to soften. I asked if maybe we could make some changes to the agreement that would acknowledge the Mom’s concern about her children being taken away from her like changing the schedule to be two days with Dad, and five days with Mom, but allowing for joint custody. No one said no.
As we were winding up the mediation and going over the necessary “to do” list for the next meeting, the mom said that she would think about a two/five day schedule.
When both parents are focused on the future, it makes it easier to let go of the bitterness and anger in the present and plan for better times for one and all. So bring your optimism and your ability to imagine a better future, for yourself and your family nothing in the negotiation is as important as that.  The rest is just paperwork.